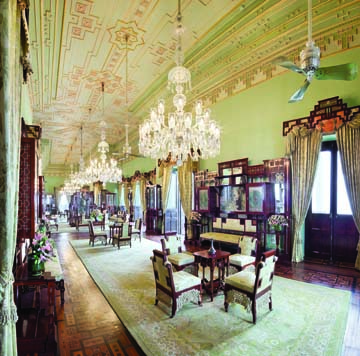 Still somewhat disconnected here dear friends, so I will make the most of my very momentary internet connection to ask a question most appropriate to my current isolated condition…

Do you have a favourite perfume to wear when you are alone?

Is there a scent that keeps you company?

Tomorrow the repair men come and I hope I will have more than moments in cafes to keep in touch.

Pride before a fall dear friends.

Pride before a fall.

Hubris as the Ancient Greeks would have it.

Only a few days ago your Dandy was celebrating 500 with a fanfare, then…

… well, something sinister happened with the telegraph lines and ever since I’m been persona non gratis so far as broadband is concerned.

Normally I would have found refuge in a wireless library to continue my scribblings but a busy time buzzing around has not allowed.

So apologies for nor delivering JOY as promised, it will follow as soon as normal service is restored.

I blame myself for being such an…

Between now and tomorrow when next a friendly cafe calls, au revoir and take care.

I will of course be in touch on twitter and facebook, dearest smartphone hasn’t let me down.

Doesn’t it feel odd to be out of touch this way? Cast adrift!

There is only one Joy…

… the costliest perfume in the world?

So read the copy of a scent so good they had to render its name in capitals.

Today it may be pure soap opera, but in the old version The Dandy has will it prove to ever so grand?

Oh please let it be so and then JOY will truly be without end!

Following its selection by your good selves in yesterday’s snap vote, The Perfumed Dandy will now take a few days to deliberate and cogitate the merits and mischiefs of this fragrance fair or foul and will, in due course, provide his report on relations with the new discovery by means of a scented letter.

Another opportunity to place a new perfume on The Dandy‘s skin will arise with the next instalment of The Perfumed Dandy’s Hit Parade.

In the meantime if you would like to thrust forward a fragrance for future fame on The Hit Parade simply visit ‘Suggest and old scent or recommend a new one’ and leave your suggestion there.

Cinquecento! The Perfumed Dandy is 500 Today!

Not years, you understand, though sometimes it can feel that way, but posts.

Certainly not I, until yesterday when the number 499 loomed as I popped up the poll for today’s perfume.

So that means 117 Hit Parades, nearly as many scents of the day, interviews, selections, musings, photographs galore and by my reckoning over 130 scented letters too… yes all adding up to a great quincentennial.

By way of celebration today’s perfumed picked by your fair hands will be subject to an especially speedy epistle and the scented letter will be with you tomorrow!

How’s that for super fast service?!?

But what will it be…?  That news to follow soon.

In the meantime I may just pop a cork or two…

Here’s to many hundreds more!

Which ‘ladies’ scent’ will this gent wear next? The Perfumed Dandy’s Hit Parade #117

As you know by now… The Perfumed Dandy is your ever faithful servant, always ready to take on the most fearsome of fragrant tasks on your behalf.

This crop of finely crafted fragrances represents the most popular perfumes put forward for The Perfumed Dandy‘s perusal by you good people here and on the other most venerable and sweetly scented websites known to man.

Simply cast your vote for any of the candidates from the sumptuously smelling selection below by responding to this post.

Every vote means that the scent in question takes a step nearer to getting on to my skin.

The winning perfume will be worn by The Perfumed Dandy at the next possible opportunity after which I will report back on our relations, in breathtaking detail, for your hopeful edification.

The choice is yours… what scent will The Dandy wear next TOMORROW, Wednesday 22nd January 2014?

Make your choice from the star spangled list below… a snap vote, so which ever comes out top in the next 24 hours will be worn!

You have until 1200 hours tomorrow (that’s midday in ordinary speak) Greenwich Mean Time, when the polls close in London, to cast your two votes.

The winner will be announced with due fanfare around teatime GMT!!

The Dandy was away at the weekend.

Though this time I found a succour in an unusual setting.

Not the countryside where I normally seek repose, but amongst the great rusting remnants of the original epoch of industrialisation.

Cradle of the first wave of the factory age, which they tell us may now be coming to an end.

It’s viaducts, locks and piers, great mills and brick warehouses, unwanted freight railways and miles and miles of canals are the Roman ruins of the future scattered about us today.

If only we take the time to look…

Then it got me thinking, something I once read… could there be such a thin as Industrial Perfume?

Shop bought glamour for stolen kisses and unwise fumbles under the freeway flyover.

No one cares. They dance till dawn.

Antique idea of l’avenir that never came to pass.

Petroleum and decaying peach. The high life and the backstreet.

Perfectly tuned engine. Runs like a dream. Ride anything but smooth.

Castles In The Air

Grab a bit of country air where you can find it.

Canalside, you can be lord of the manor, raise tomato plants and basil bushes.

View your lemon trees from castellated towers. Sundays only.

Followed by a curry.

Saturday night on a production line.

Once More Under The Bridge, Dear Friends

Merry on perry for the first time.

French kissing in a Northern style.

Crude oil of the mind.

An eclectic Monday to start a somewhat unusual week *he winks*.

Smoke gets in your eyes… scent gets up your…. The Perfumed Dandy’s Weekend Forum

Oh yes, mes petits choux fleurs we all know that no matter how much we adore the scented stuff there are, like people, certain perfumes that get right ups one’s figurative and in this case literal nose.

But what to do when such an offending aroma comes into one’s orbit not once but on an all too frequent basis…?

For we have suffered, have we not, at the hands of the perfume haters and seen the art form we love, if not destroyed, then sadly compromised and subject to the whims of IFRA and its armies?

And yet, and yet… there are freely available fragrances that have such a foul effect, I will admit they bring tears to my eyes.

So here is this weeks question…

What do you do if someone you must spend time with regularly wears a perfume that repulses you?

Not a loved one or a life partner, surely one should be able to tell them, but a colleague, or close-ish friend, a member of a club you belong to someone in your social circle.

Would you ever dream of telling another human being that, fragrance-wise, they stink?

I know, I know, it’s a toughie this week so I’m especially looking forward to all your sage advice!

Plump, yielding, deliciously on the cusp of yielding to something altogether foul.

Just to one side of an angular art deco side table.

One hopes not to have let the cat too much out of the bag as to how one feels about this!

Following its selection by your good selves, The Perfumed Dandy will now take a few days to deliberate and cogitate the merits and mischiefs of this fragrance fair or foul and will, in due course, provide his report on relations with the new discovery by means of a scented letter.

Another opportunity to place a new perfume on The Dandy‘s skin will arise with the next instalment of The Perfumed Dandy’s Hit Parade.

In the meantime if you would like to thrust forward a fragrance for future fame on The Hit Parade simply visit ‘Suggest and old scent or recommend a new one’ and leave your suggestion there.

I am affeard I have been much neglectful of you these last few days.

But did you ever just have one of those weeks!?!

Honestly I could be France’s First Lady for the exhaustion I feel.

Indeed, like our friend here, I have a sense of being in my late seventy something-th year!

You have my sincerest apologies for not having kept in touch, my correspondence has been so woefully out of date… not a single scented letter has been your way since Monday…

After all though, tomorrow is another day and I will set things right with the results of this week’s poll, then a weekend forum will follow and an all new scented letter come Monday to mark the start of what I hope will be a much more appealing set of seven days.

What scent should I wear to unwind?

Any ideas my dears?