She thought herself, quite correctly as it happened, to be too sophisticated for the shapeless, tasteless floral shifts that the other undergraduates wore.

Had she wanted to be dressed in curtain fabric, she reflected, she would have auditioned for that term’s amateur production of the “Sound of Music”.

And that was something she emphatically did not want to do.

No lonely goatherds or do re mi for her.

It would hardly be becoming of a proto intellectual.

So instead she set about assembling an altogether more academically inclined wardrobe. Sharp, slightly military lines in innumerable shades of grey, from ice off white through silver to dove and pewter then charcoal.

She even thought at one point of cutting her hair like the post war Princess Elizabeth, just out of volunteering as a motor mechanic in the great effort. Or perhaps Simone de Beauvoir would be a more appropriate starting point for style?

No, neither, after all she was broadly republican and decidedly unkeen on polo necks, plus black was a little too much even for her at the height of hippiedom.

Instead she settled on putting up her hair, which she kept shoulder length long, with pencils or chopsticks, depending on whether she felt more artistic or cosmopolitan that day.

The effect was electric: revealing her long slender neck, highlighting her serious, slightly Roman profile, creating a dramatic tension between the self-consciously fusty clothes and her natural, sensual demeanour.

It drove the men almost as wild as her inescapably articulate arguments did.

Whilst she annihilated them on American involvement in Vietnam, nuclear disarmament and the manmade catastrophe impending for the environment, they struggled to keep up and keep their minds off getting her into bed, and what might happen when, if, they ever did.

Not that she was disinclined to sex.

Quite the contrary, she was more than happy to be wooed by men who could be bothered to make the effort.

The best and most successful were the ones who stuck by the desperately out of date idea of proper dates, or ‘stepping out’ as she loved to tease them…

“Are you asking me to step out with you, James?”

She asked the most handsome and together of them, a neat, fair haired young man from a grammar school who wore tweed suits and had set his heart on a career at the Foreign Office.

Unfazed, in a way which she couldn’t help but feel boded well for his putative career, he replied

That he suggested something other than the obligatory rock concert, some cheap cider, a few spliffs and the customary uncomfortable carnal squeeze back at cramped student digs impressed her even more.

“Have you ever to been to Kew?” he asked.

“The Gardens?” she enquired.

A Londoner with a botanically-minded mother who loved to sketch from life, she had spent half her childhood lolling around the pagodas, taking shade beneath the cedar trees and studying oriental flowers up close.

She replied that she had “been many times” but “would love to go again” and she meant it, sincerely.

On the train from Waterloo they exchanged fire on post-Imperial guilt and the role of coercion in the creation of the true proletariat state.

Satisfyingly she found him her political polar opposite but intellectual equal.

He excited her mind and something altogether more atavistic within her.

He had extraordinarily long eyelashes she noticed.

They headed at once for the hothouses and the tropical flowers.

Orchids bored her, too “commodified”, “rich capitalists’ playthings” she hissed.

But jasmine, its scent here steely yet at once soft, vertiginous and sweaty in this immense glass enclosed humidity, was transfixing, mesmerizing.

The place itself seemed to perspire with the effort of keeping warm in the midst of an English Winter, of keeping alive the beautiful and out of place Plant World curiosities it housed.

And in the air, beneath the flowers’ fragile scents, the unavoidable smell of decay and rebirth could be detected.

She turned away from the delicate ylang ylang, looked toward him and saw tiny beads of moisture forming on his forehead, his bright blonde hair turning brown with damp at the collar.

She exclaimed brightly, before blushing at sounding so much like an Edwardian debutante, perhaps they really were ‘stepping out’ after all.

In the near empty refreshment room an elderly learned couple in the fashions of four decades ago and a group of unruly boys, a sixth form biology class without their teacher they speculated, were their only company.

They ate plum and seed cake and drank Earl Grey.

“Is this the point at which I offer to slip gin in your tea and propose we go and smoke marijuana in the arboretum?” He looked deadly serious for a moment then cracked a knowing smile.

“You’re not entirely unaware of the form then?” She kept her straight face a moment longer than he had, just long enough for him to fret that he had misjudged the situation.

Then in an excruciating attempt at a Southern Belle she said “You can keep your liquor mister, and your herbal cigarettes too, but I wouldn’t mind seeing me some great big trees”.

“Come along then Miss O’Hara, your plantation awaits.”

That he knew his Hollywood films and that she should feel relaxed enough to reveal she enjoyed such schlock too would perhaps have been that afternoon’s greatest surprise.

If, that is, what happened in an intemperate moment behind The Temperate House had not.

It forgoes the over-prettiness and saccharine femininity of current fashion to offer a confident, sexual, alluring, high-minded and utterly irresistible scent.

It is a vision of cleverness, subtle chic and self-possession in olfactory motion.

It is also an homage to the work of the perfumery genius Edmond Roudnitska, though it is not by any means his original perfume of the same name.

The determining characteristic of this scent, and the theme it shares most emphatically with its namesake, is an unfussy, uncluttered, handsomeness.

This is a floral without any of the silly fuss.

Here Jasmine lives up to its epithet as the ‘king of notes’. It is assertive, powerful, muscular even.

A forceful intervention into the floral scheme by caraway with its carnal, almost bodily, connotations is extraordinarily effective.

The following slow segue into wonderfully woody off-key mellowness is sublime. The fragrant equivalent of a love song all in minor chords.

Jasmine, rose and ylang ylang blend into one and other and then the background, the spice continues whilst a herbal patchouli plays off a savoury early-picked plum before yielding up to a wintry cedar, softened and spiked in equal measure by what has gone before.

The greatest gift is that this transformation is played out in what, by today’s standards, seems like slow motion.

This perfume is therefore truly epic.

And worth every effort to track it down.

Really, The Dandy can see no objection to anyone wearing this savoury floral feast, though I can imagine that to many reared on the olfactory equivalent of high fructose corn syrup it would be deeply undelightful.

What a shame for them and all the better for us!

The Perfumed Dandy’s Nemesis: A Bug

A bug, a virus, hackers…. who know’s what or who, but The Dandy has been under attack from person or persons unknown.

Happily, hostilities have come to an end and I have been proved victorious… well at least the blighters seem to have disappeared. 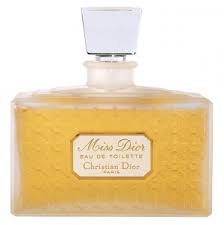 Dior’s Miss Dior, the actual perfume not the current sickly sweet impersonator, is a determined blast of oakmoss and citrus that positively screams (or should that be stage whispers) sophistication and sang froid in almost equal measure.

It is a delicious aroma that cannot fail to make the wearer empowered and those who smell it ever so slightly in awe.

So, if any metaphorical beasties (not like the charming gentle caterpillar above, who is, I think, actually quite adorable) come crawling out of the woodwork I shall have some impressive repellent to hand.

Oh that reminds one… I did once write a full review of Miss Dior. Have a peek if it takes your fancy!!

I shall now be getting all things back in order so expect a minor flurry of correspondence from your dear friend over then next few days!