A woodland elf with a crazed costumiers dress sense.

Helena Bonham Carter is the only living actress one can imagine brining in her own clothes to star as Miss Havisham, the Red Queen or an ape.

But what perfume would be the perfect compliment to her apparel?

One that matches her character we feel…

A menacing black mantilla of patchouli to make an entrance, pulled back over the head when the audience is underway to reveal full rose lips that, when kissed, carry something of plums, the bitterness of their skins still intact.

In time, a note of heavy theatrical maquillage becomes apparent, for this is, after all a performance of a Queen.

Perhaps the closest thing Britain has to a ‘movie star’ as opposed to the more august ‘actress’, Helena is quite every bit as grand as that double barreled name might suggest.

Her paternal great grandfather was H.H. Asquith, 1st Earl of Oxford and Prime Minister from 1908 to 1916, and that side of the family is littered with the great and the good from Florence Nightingale to the present day. Meanwhile on her mother’s side, her grandfather Eduardo Propper de Callejón saved thousands of Jews from the holocaust and was recognised as Righteous Among the Nations.

With that sort of pedigree, whilst Helena may not be a real queen she’s certainly screen aristocracy in every sense of the word.

Slice of antique wedding cake anyone?

Yes, they were butterflies, but they were not alive.

Pale and just askew of beautiful, dusty, sun-bleached and dead.

The chase had been for next to nothing.

He uncovered and opened a skylight to allow first sunshine and then air into the attic.

The rays lit the room in bright angular beams cutting swathes through the particle thick atmosphere.

Then the breeze lifted the drift of dust slightly to show the full extent of the collection.

He had seen photographs of museums of natural history as they once were, they looked just like this.

Half a dozen mahogany chests with lids that appeared corrugated from a distance, but up close revealed themselves to be a sea of metal handles curved like gentle waves. Each pair of handles when pulled, with every effort his twelve year old’s arms could afford, drew forth a great glazed frame.

Each frame contained a piece of thick cushion-like card and to either side of the card was attached a score, sometimes more, of the delicate deceased insects.

A pin through every butterfly’s heart so he felt, held them all in place.

He read the names ‘Pale Clouded Yellow’, ‘Black-veined White’, ‘Orange-tip’, ‘Purple-shot Copper’, ‘Common Blue’ and realised that once they must have been arranged according to their extravagant colours.

How much damage death and time and constant examination had done them, for now they all were sad shades of off white.

The smell of decades of indeterminate floral furniture polish mixed with the fine powdery dust to form a cloud that should have been asphyxiating were it not so anaemic.

This etiolated empty place seemed to want to draw the blood from him too, to rest him of his youthful enthusiasms, to calm him into being merely a collector.

Rain spat at the skylight, the wind rose and unsettled it from its catch causing it to slam shut.

The cool moist body of air struck him and in so doing awoke the child again.

A new urgency in his legs he ran to the ladder and began to descend, half way down he paused and let his eyes rest for a final time on the old man’s pride and joy.

He resolved then never to return to this place,

It smelt of the funeral parlour where they had laid grandpa out.

From below, like a lower school Hercules lifting the world upon his shoulders, he pushed the hatch shut.

La Chasse Aux Papilions by L’Artisan Parfumeur is a sad let down of a scent.

For clarity, in this case one doesn’t mean melancholy, but cheerless and a little pathetic.

It starts hopefully enough with a citrus floral burst that must be orange blossom.

There is a vague and short lived attempt at an airy, high pitched tuberose that seems to implode leaving only a flat, dull and utterly lifeless white floral non entity in its place.

I imagine the overall effect is intended to be ‘fresh’, I’ve always read that as a byword for the kind of laundry-like fragrance that people who don’t like perfume adore.

That being the case ‘fresh’ is the perfect adjective for this dreary detergent affair. 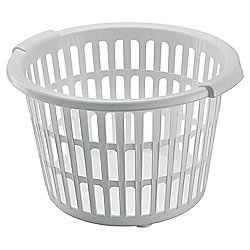 Anyone could where this, though I can’t see why they’d bother.