“It will be mostly, well almost entirely green”

As she spoke she looked defiantly passed, no, more accurately, through, the assembled women of the horticultural society.

A gasp as sharp and cool as the Sirocco itself emanated from their collective lipstick-ed mouths.

A rumble of wet whispers like a gathering storm just audible somewhere off on the Med:

Finally, a committee member in a powder puff pink twinset, pearls and with lips pursed enough to crack a walnut cleared her throat and spoke.

This time the defending champion spoke without raising her gaze from the perilous task she was engaged in: winding wild stinging nettles around a trellised column that marked one of the four corners of her sixteen metre square show garden.

“So no flowers at all?” the former treasurer persisted.

“There are green flowers you know. Certain kinds of wild iris for example… ” replied the gardener.

Then looking up and straight into her arch enemy’s eyes, “…and green carnations of course”. 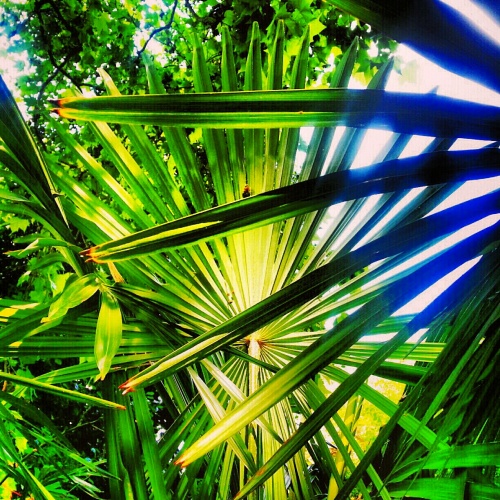 At this a slight embarrassed laugh rose from the crowd of women and those who understood explained to those who didn’t in terms of Oscar Wilde.

Undaunted, the elected member pressed her case uneasily though even she felt perhaps unwisely too:

“No dash of colour? A bright red rose? A few of those amazing azure azaleas that drew such admiration last year?”

“An aster perhaps?”, and then in desperation… “For heaven’s sake a dahlia or two wouldn’t kill you!”

But, the ex-chairwoman suddenly worriedly thought, perhaps the look fixed on her by her adversary now might just do for her.

The competition winner, rose to her feet, a full near six feet in fact, about five of them resplendent in a chartreuse satin-like jump suit.

“There could be a chrysanthemum…” she began calmly …”but I doubt it.”

“Mainly we will be showing leaf this year. Violet, orange, basil, sage, oh and some mosses as ground covering. I might run to a blue hyacinth out of season as surprise, but that depends on… well that depends…” 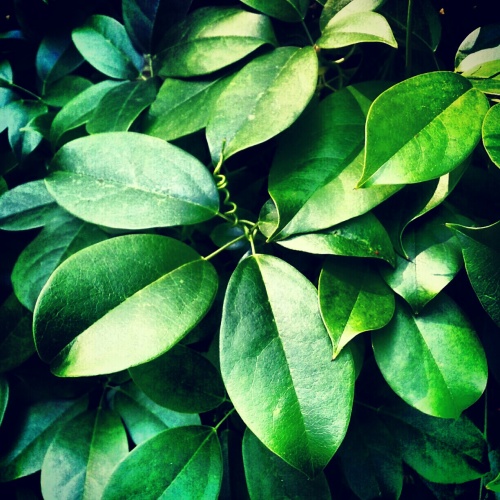 “You may be interested to know I have some pins too, of the coniferous kind and some fruit….”

“You are aware there is a fruit and vegetable section…?” came the faltering interrogative.

“Limes, of course, quite inedible, exclusively for the colour” the green goddess continued without missing a beat, her eyes fixed again on some indiscernible and distant point above the coven’s heads.

“And lots of wild things, grasses, brambles, hawthorns, nettles….” She gestured to her handiwork.

“Nettles you say? Of course marks are awarded as much for skill in cultivation as mere arrangement!”

“But the lawn grass I shall be using is beautifully grown, manicured you might say. It makes wonderful material for the vertical elements of the display.” 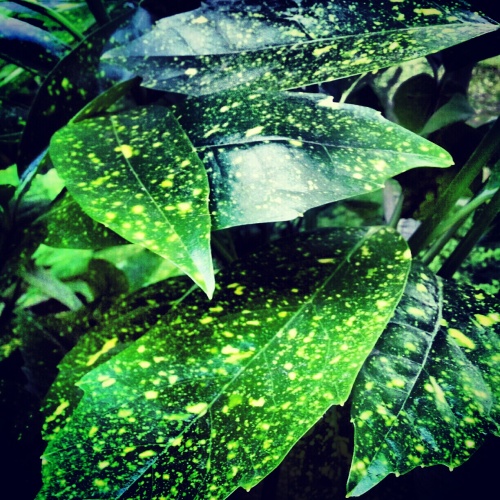 The one time general secretary was bowed and beaten, the other members of the collective too confused to consider further remonstration.

Then the towering Amazon in forest hues asserted that she “must be getting on with my work”.

They departed with the almost grateful air of a defeated army in retreat.

On the day the display did nothing to disappoint expectations.

It was exactly the densely packed abstract cube of foliage devoid of flowers that they had all feared and dreaded.

A melange of textures shapes and every shade of one single colour.

All was green, save for a row of inexplicably sourced blue hyacinths that sat atop a seven foot wall of lawn.

And that was not all, for the ‘entered environment’ as the ‘author’ entitled her show garden, was suffused in a chill mist that emanated from behind a basil and sage sphere.

Not only was this cloud cold, but it smelt like distant polar ice.
In flaming July, the effect was magical.

Heat-wearied show goers tired of the gaudy confections of over inflated flora on display elsewhere queued patiently to get their moment out of the sun.

To relax and revive in a sanctuary of temporary serenity.
Though none dared stay too long as they found the cool soon became uncomfortable to the their warm-blooded sensibilities.

The judges, a sculptor from the local art school and an out of town landscape designer, were moved, and could not be emotionally moved on from their moments in the mist.

Full marks duly awarded, they presented the prize, an awful cut glass bowl and a comfortable amount of cash, with great aplomb and air kisses to the defending champion. 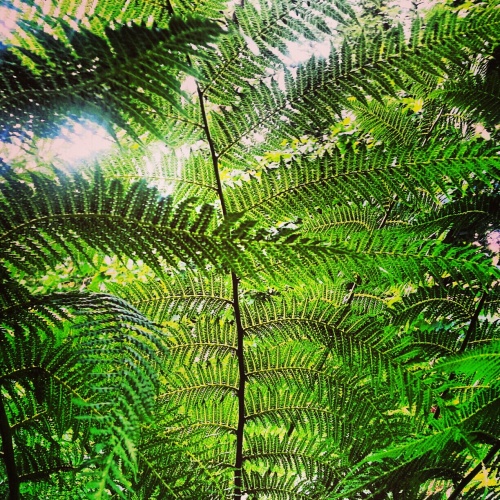 She stood radiant in a floor length fern coloured kaftan her long hair blowing in the green breeze coming from her garden.

Vintage Vent Vert by Balmain is as close to iconoclastic feminism as fragrance gets.

On its release this searing, adventurous and uncompromising scent must have cut a swathe through not only smoked filled rooms but preconceptions of what a woman should smell like.

It is a bracing bolt from the green.

An amorphous, abstract yet geometric gesture in shamrock.

To describe and dissect the principle note or accord seems almost pointlessly reductive.

It contains grasses, nettles, citrus leaf and moss but is not solely defined by any of them.

Beyond this there is fruity acidity set off by a softer florals that appear and then disappear repeatedly in the heart.

Chief amongst these floral elements is a hyacinth that retains a degree of hauter, the slight detachment of that note smudged by a friendlier lighter muguet.

The base is another convergence of not only notes but tone, galbanum against amber, sandalwood and cedar, oakmoss and herbaceous border.

The effect is entrancing yet at the same time a little alarming.

Indeed, this is not a perfume with which the word comfortable can easily be associated.

It is too urgent, too agitated, has a point to make even to the point of a certain cold aggression.

I can’t help but adore it for its restless boundary-testing taut beauty.

If Vent Vert were a painting it would be a cubist Picasso from his lost green period.

Sadly, as for the latest iteration, complete with its golden golf ball lid, whilst it is far from a truly bad perfume, it drifts too much into the territory of easy musk-bought cleanliness and could be mistaken for good scalp-saving shampoo.