With everything that’s going on in Cannes are the moment, The Dandy can’t help but wonder whether someone has found some inspiration in this old review.
Be careful all you be-jewelled ones if you’re heading The South of France anytime soon!

The papers christened her ‘The Black Glove’.

He called her Bonnie and she called him Clyde.

And not one reporter in Cannes suspected that the crimes were the work of a double act.

They knew she was she, but they all had her down as a solitary sort of cat.

Anyway they had bigger things to vex them than a jewel thief, no matter how alluring.

A year after their first date in the cinema Reflet Medicis just off the Boulevard St Michel: all damp and decayed plush smelling of moss and leather and the small animals who no doubt made their home there. 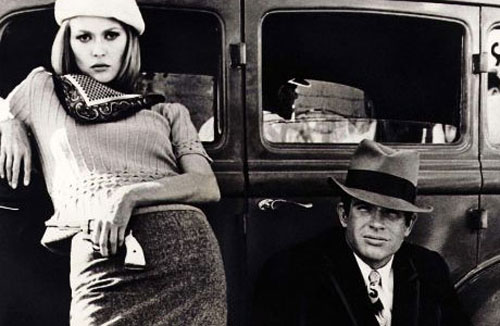 Warren Beatty and Fay Dunaway were in a shoot ‘em up up on the screen while in the pit they resolved to live gangsters’ lives together.

He was the brains, her Serge, and she was the willing flesh, his Brigette.