It seems almost inconceivable, sitting here in this age of aluminium and steel that we could ever have dreamt of taking to the air in those paper thin things.

Of being held aloft by pairs of petal-like translucent wings, only part enclosed in their cloth bodies, slight and taught as skin pulled tight and glued across skeletons of softwood.

“Moths” we called them, and in truth they were as insubstantial and transient as the beasts from which they took their names.

But my how they soared, and turned, looped and dived, swerved and survived especially in his hands.

Except that one plane, a French “Goliath”.

She was built to hold a literal tonne of bombs, but came into being only as The Great War ended and the fashion for killing was coming to a finish. Luckily she could carry any cargo, incendiary or sentient. Short-fused twenties people with their insatiable, expensive appetites for adventure, risk and thrill would do as well as high-explosives.

And though “Goliath” was no aerial gymnast, she was made to fly, far.

Perhaps that was what gave him the idea, an idea that, years later sat in a Tangiers bar serving as his sitting room and travel bureau prompted with enough cheap spirit, he would propound to anyone.

“I wanted to take her down to Yucatan.”

He’d had enough of New Mexico, arid, dry and dust.

His job was to push the plane for as long as she would go, sailing the currents from dawn to dusk to morning and night again. Making the motors whir in ever increasing numbers of circles, forever going nowhere.

Counting minutes and miles and never moving from within sight of the hut where the men from the military kept their logs. Books and books of figures and sums, fuel coefficients and calculations on effectiveness.

“I longed to see the forests. I’d read there were jungles on the peninsular and that native peoples still held sway down there. I figured a free spirit might fit in.” 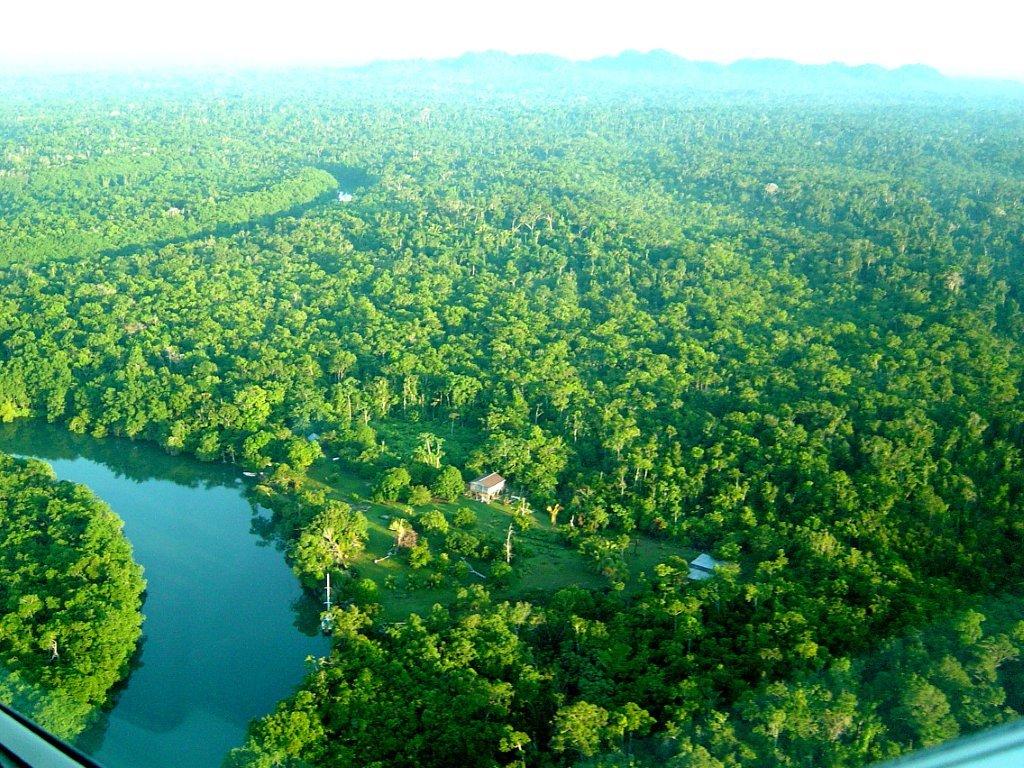 He chances a still winning smile, his face just hanging on to handsome despite sun damage, it is decayed but debonair, its beauty not yet quite destroyed by the wrecking ball of alcohol. The kind of look one could forgive someone who’d fought a war.

Every half hour he squeezes out a miniscule amount of ointment from an unmarked metallic tube and in tiny rotations rubs it into the sliver of a scar that runs from his wrist to his elbow along the soft inside of his left arm. The wound itself appears entirely healed, the procedure a small act of habit perhaps, or maybe the strange, dirtily medicated smell is a sign it is intended to hold infection at bay in this hot, contagious place.

So, he recalls with a start, one day with a compass, map and heap of hard-earned courage he swung out of the constrained concentric, took the plane up and on an arc south west, first across vast Texas, then the sea.

Their calls from the ground were gone in an instant, the space where the radio should have hissed was silent, for they’d taken it out: superfluous in a flying machine not meant to skip the aviary.

Above the Gulf the gauges gave way as he knew they would and all official idea of fuel remaining was gone. He had simply to judge what was left on “how weightless we felt, how unencumbered and released.” Oh, and, of course, on scent, how much kerosene there was in among the scarce clouds.

Some people are scared in the air above water, here he felt he cheated gravity most surely. Caught between the two amorphous elements. He was flesh inside an ephemeral exoskeleton: a floating human insect. A physical impossibility.

And all that blue below, oh that “Goliath” were more nimble now, he tried a few swoops at the water, but his ship wasn’t for it, she was made for the steady path and so he contented himself with the patterns of the tide on the surface and the occasional shoal of flying fish, a school of dolphins, and the sun to keep his course.

It was after the second morning that land came into sight.

Soaring out of the sea: cliffs, palms, wetlands, waterfalls, and a few miles inland a second ridge, of trees this time: the rainforest. The jungle canopy two hundred feet tall. A lush and levitating carpet of green leaf.

When the engine spluttered, spat and choked to soundlessness, for a moment he imagined he could set the great bird down upon the treetops as though they were an elevated lawn, solid and safely close to the sky.

Then the first branch tore through a wing, an indifferent implacable trunk snapped the propeller, another bough punctured the fuselage, he thought with calm horror his body would be next to be broken.

And so it was they told him afterwards, a sinew of vines opened up Goliath on her descent and then the small workings of the massive plants did their work on his tissue ripping at his exposed flank, a thousand tiny fissures caused by twigs and thorns.

The first miracle was that he escaped being impaled, decapitated or too mutilated. The second that the low drone of the plane drew a group of tribesmen just close enough to track its final fall. The third that they were not too fearful or rightly cautious to walk or run away from this unheralded, inexplicable visitor to their world.

“Were you swaddled as a child?” he says, incongruously, as if the baby Jesus had any place in the International Zone.

“I mean, do you have any memory of being wrapped so tight you can’t move?”

I shake my head. His voice is raising and a few eyes turn in your direction, narrow in recognition of the narrative and then return to their very dirty martinis. After all this corner of what was once Morocco is the place for which the maxim live and let live was invented.

He shakes his head in turn.

“I didn’t think I remembered either, not until I was on that stretcher.”

For reasons never explained the quiet invisible people of Yucatan, living in the shadow of the rainforest and the ruins of their ancestors, took pity on him. This man who fell to earth.

“Perhaps it was written in their scriptures. Do they have scriptures?”

He recalls that they wrapped him tightly, of being afraid that they were mummifying him alive, then they bound him to a pallet and carried him above their heads for “days”. He felt, could feel, nothing. No sensations. He doesn’t know if they gave him a potion, some “sleeping draft” or if the pain subdued, confused his senses. He is, in truth unsure whether they travelled for days or if what he took for nights were merely lapses into unconsciousness. It is not, emphatically, not like a dream, but like something that happened to someone else, something read about and remembered second-hand.

Except, he remembers the smell.

The profound and inescapable odour that surrounded him throughout.

An aroma that blocked the excreta of his body, the decay of his wounds, the verdancy of the forest, the unfamiliarity of these people, joined now by the exquisite painted women of the tribe.

A fragrance of healing intensity, neither pleasant nor ugly, but irrevocably, and here looking around at the room for of misfits in what was once an Arab merchant’s house, he laughs at himself “undeniably holy”.

When they removed the bandages at the hospital much later, he has an image in his mind of them peeling layers of wet petals from his skin, interleaved with spices. He believes, truly believes, the lacerations had been packed with resin, that scented and saved him.

“Though all that could have been the morphine. They were dead keen on it and I don’t know how to say no!”

A signal to the barman and another pichet of indistinct spirit a little like pastis arrives, a plate of almonds on the side.

After the opiates, the hospital was clean, too clean, bright and cheerful.

“Hell, I might as well have gone to heaven.”

The only colour came from some blue hyacinths that the “only other living creature in that place” a Mexican woman working as an orderly brought in.

How, I wonder, did a man in search of Yucatan end up here on the Sahara’s Mediterranean shore?

To sharp for me, he senses the question to follow and foils with his own.

“So, did you say you still wanted the ride down to Marrakech?”

He takes the tube of ointment from the table and begins his every thirty minutes ritual.

That Serge Lutens’ iconic Tubereuse Criminelle opens with an enormous anti-floral near antiseptic intensity that can take the unsuspecting wearer’s breath away is the stuff of perfume legend.

Sadly, that this overture accord has an emphatic and contrary beauty is all too often over-looked on account of its formidable apparently camphorous novelty.

This clamorous arrival, the olfactory equivalent of the opening of Shostakovich’s Symphony No. 5 is achieved by means of the balance it expertly strikes between the healing and holy: the marriage of tuberose in overload with bug-eating clove by the bucket, all preserved in styrax.

The effect of this intensity can almost be anaesthetising, but pleasantly so, more like full Latin Mass with bells and smells (to an unbeliever). As much a consuming act of theatre, as mere ornament or proud sacrament.

Yet there is familiarity here, not only to the endless mouthwashes and ointments and poultices and remedies that reviewers – myself included, I smell ‘Germolene’ – quote, but to an adventurous strain in perfumery that is now almost dead.

For me, Tubereuse Criminelle references the playful intensity of a certain sort of scent of the twenties through to the fifties. Fragrances that married intense emphasis on an individual or pair of floral notes with unusual or unexpected spices or animalics.

Germaine Cellier did this for Robert Piguet and Balmain; Michel Morsetti and, in particular, Ernest Daltroff for Caron, and they were not alone.

None of this is to say that Tubereuse Criminelle smells like Jolie Madame, Visa, Poivre, Bellodgia or even Fracas… it doesn’t.

It shares with all the above a dual personality of frivolity and seriousness, of tough exterior and yielding flesh, of astringency and assuaging. It is intellectual and sensual and with a sense of self-aware humour.

The meld to the middle part of the structure, where the smell becomes creamier and more classical is slow, with constant references to the striking opening. Every time one comes to believe that an easier simpler tuberose has arrived, as though in a Nouvelle Vague flashback, we are transported to the baroque cathedral of the commencement.

Finally, in drydown, another musical metaphor springs to mind, that of Haydn’s “Farewell” Symphony No. 45, in which each player of the orchestra in turn departs the stage leaving at last two sole violinists who simply stop playing then quit themselves.

Here those notes are a tuberose made at the termination moist and shimmering and a whiter than usual jasmine to keep the melody aloft until the moment it extinguishes itself.

From orchestral flourish par excellence through complex central passages writ with allusion and irony to a faltering tender conclusion, Tubereuse Criminelle is never anything short of great music made fragrance.

It is olfactory art.

It leaves the unerring sense of a creation seeking to tell a story through a medium other than words.

Tubereuse Criminelle was the first of three perfumes to tempt The Dandy most severely at Serge Lutens’ Palais Royale store in Paris.

Scented letters to follow soon on the other two… and then perhaps we’ll guess which one I chose!