The Perfumed Dandy is now back in Old London Town after his briefest of trips to The Coast.

Thank you all for your wonderful suggestions as to which perfumes might go best with the places and personae pictured below.

For better or worse, with some tiny explanations, I humbly present my own picks…

There are so many wonderful hay and grass scents, but vetiver remains The Dandy‘s favourite.

Guerlain’s Pour Elle was always his most precious lawn aroma, but is now sadly gone.

Chanel’s Sycomore with its hint of pipe tobacco, herbs and a subtle twist of April violets is the next best thing to perfect.

It hints at long blades with a long history.

These ponies may never grow up to be horses higher than men, but the elusive wild foals hiding just out of shot might.

When they do, racing across the sands they will give off that muscular and visceral scent that animals do.

La Nuit by Paco Rabanne will never be to everyone’s taste, but this big bold animalic with a rose heart has a irresistible sweet manure accord that makes it a true olfactory thoroughbred.

A wildly diverse and rugged oakmoss scent that can appear scary, even foreboding, at first.

Getting to know this rocky and rugged fragrance undoubtedly reaps rewards.

The view from atop a cloud of Clinique’s Aromatics Elixir is rather grand.

Even on the hottest Summer’s days, let alone in weak April sunshine, stone walls stay cold to the touch.

What better note could there be to replicate that natural froideur than the chalky chill of galbanum.

Nowhere is that cool resin rendered so beautifully as in Guerlain’s Chamade, a masterful composition often thought to difficult to play regularly.

As beautiful as this tiny island is, one imagines that nights for the pilots and light keepers who served their shifts in this small cottage must have been long and often lonely.

Perhaps, The Dandy thinks, they comforted themselves with the finest sweet tobacco scented with cloves, smoked through cedar pipes.

Illuminum’s Wild Tobacco as a photo realistic impression of the smell their gold leaf at the moment before it is ignition.

Something to celebrate the Diamond Jubilee of Britain’s longest serving Sovereign.

Jicky of course was just a child at this time, but Victoria turned like, as so many heads of state still do, to Creed and their Fleur de Bulgarie, an intense rose perfume that she had been wearing since they developed it for her in 1845.

Metallic notes in perfumery are an odd sort of thing, or so The Dandy finds.

In fact to my nose many herbs have a shine about them as sharp as polished steel. Rosemary has this, but particularly and peculiarly petitgrain.

So this might be an oddly personal choice but Bensimon’s Eau de Cologne 1993 seems to me to combine a high metallic timbre with an acute slightly salty amber and a host of resinous undertones against patchouli and leather.

An idiosyncratic scent that speaks as much of forge as sea shore.

Life in a lighthouse one imagines must be a pretty stark and startling affair.

The lashing waves, the wind, the pressure, especially before electricity, of keeping that paraffin powered lamp alight and the constant painting to ensure that the tower is a shining beacon of white.

What better perfume than the equally as arresting M/Mink by Byredo?

The opening note may strictly speaking be printer’s ink rather than paint but the effect is somewhat similar.

Below as well as something of the sea itself, there is a deeply animalic bees’ honey that verges on the petrochemical and yet the whole affair is, at least once one becomes accustomed, a great deal more homely than could ever have been expected.

The water looks just so inviting doesn’t it?

Well, I’m afraid not to the touch, not yet anyway… a month or two later in the year on a similarly sunny day and The Dandy might well have been tempted to take a dip.

And it’s that smell, the soft scent of skin after sea water swimming that Hermes Eau de Merveilles captures perfectly.

This is a quiet, personal and up close perfume, but absolutely none the worse, in fact all the better for it. 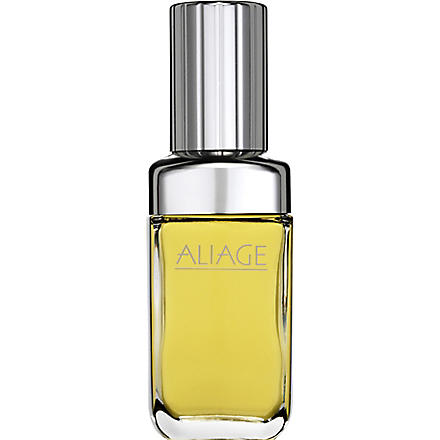 So far as pine forests are concerned, particularly those on the coast and subject to bracing sea air, only one perfume will do…

It is a conjured up summer’s day called forth by a determined sense of will.

And it is the scent The Perfumed Dandy found himself wearing most often while he was away. Genius.

If you’d like to read more, there’s a slightly off the wall review of this aroma on the site already.

So there we have it.

I do hope you like the seaside scents… and if you have other thoughts, do keep them coming in.

Here’s to another splendidly smelly week.