Once the clocks went back, late October, she started to worry.

Well, in truth, she started to pretend to worry and purely for public consumption.

Inside her heart excitement welled.

It was good to let them think the whole thing an enormous, daunting chore as that gave her all the alibi required for the grand ritual she secretly adored.

For soon the occasion would arise to bring down the rosewood mixing bowl from atop the Welsh dresser where it sat all year round.

It is Christmas pudding making time.

When the earmarked weekend comes, for this extraordinary event is two whole days long, she will channel Julia, Delia, Nigella.

Though, happily, as her hapless adoring husband will whisper, “Mainly she is  Fanny Craddock”.

Dressed in an exquisite orange all in one, she picked up vintage so is careful not to get too close to naked flames, she is a vision in billowing blouson sleeves, flared trouser legs and oversized amber jewellery, a gift from her brother from an unremembered Baltic state where such things are cheap.

Thus, attired like a factory worker from soviet era sexual fantasy she is ready to undertake her industrial operation.

First, to instil an air of Buddhist calm over the proceedings, a prodigious quantity of joss sticks are lit with the necessary surfeit of ceremony.

Second, she moves the flower arrangement from the sitting room to the kitchen.

‘One can’t cook without flowers’ she hears in her head, and wonders if it might be Elizabeth David’s voice.

Surrounded by winter roses, a little jasmine and stem upon stem of peppery carnations she is ready….

And what could be better, ‘quite a lot actually’, her spouse will, once more under his breath remark, than Mike Oldfield.

So as sultanas, currants and raisins mellow back to being soft fruits in a rather pricey rum and blackest stout, she is elbow deep in sifted flour, breadcrumbs and all that suet: hand mixing them in a baby’s disused bathtub, kept back for this annual purpose.

Next come the spices, cinnamon and nutmeg in the greatest degree, but also blade mace, cardamom and the candied peel.

The atmosphere is thick enough, with scent and her soaring off key contralto, to stir with a wooden spoon.

“Four am in the morning
Carried away by a moonlight shadow…”

Flecked in flour and aromatic golden dust she turns her attentions to the liquid part and in a punchbowl mixes barley wine with yet more rum and adds large eggs to give body to this potent beast.

A thought occurs, “Is this an ‘eggnog’? That mysterious alcoholic brew so beloved of black and white Hollywood renderings of the Yule.”

She sprinkles the slop with spice and slurps back a mouthful or two, ‘not bad, a little bitter’ she adds an amount of the Muscovado sugar.

‘Definitely passable’. Another punch cup’s worth or two passes her lips and then the realisation: she has drained the batch.

She makes double the amount, half for the pudding mix, half reserved for her.

In the plastic infant bath, fruit, flour, eggs, spices and eggnog come together and, with a seaside plastic spade and incredible effort, she begins to stir.

The work is hard, soon she breaks a sweat and is forced to draw heavily on her hearty cocktail to keep production going.

The music lifts her, In dulci jubilo… “In Sweet Rejoicing”

Powered on by eggnog and festive excitement she fashions the mix into great greased paper and foil wrapped orbs. 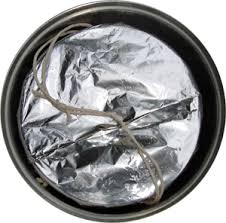 She is discovered later in a heap, the too merry, grating tune still playing on a loop.

The second day she views through two mists, one metaphorical the other literal: as puddings are steamed for a dozen hours, transforming kitchen to Chinese laundry.

She watches the second act of the culinary adventure, overseen today by her other half, as she fades in an out of consciousness on a day bed brought to the cuisine so she might still feel part of the Christmas scene.

Draped in a tan towelling dressing gown, she holds her amber gems to her temples like amulets, having read somewhere of their crystalline healing powers.

She speaks little and sings not at all.

“I knew it would be too much, it always is… next year though, no eggnog.”

Fendi’s Theorema is a fantastically festive , vintagely vulgar figgy pudding of a fragrance.

Big, bold, spicy, spiky, sloshed and yes, after a fashion, rather sexy.

For all its apparent sweetness and amber this is a meaty, bordering on the muscular smell.

It’s all about orange at the opening, blossom and the fruit itself (not listed, but if it is lemon it’s certainly the most orange-like citron I’ve smelt). Oh, and nutmeg, very freshly ground, a true kitchen smell, unlike so many of today’s ghastly artificial gourmands.

Then come the other spices, cinnamon, of course, but also a cardamom that is the first reminiscence here of spirits, a hint perhaps of sloe gin, that over time becomes rum. The alcoholic suggestion never really becomes more than that, a suggestion, but it is there nevertheless.

Equally as present, but also very much in a supporting role, are the florals, a jasmine that adds a little firmness then some rose for expanse and a little pepper from carnations to match the black pepper that is independently in the scent.

As the dry down proceeds it is amber, as rich and warm as light shone through the decorative gem-like variety that comes to dominate. Only golden toasted almonds are allowed, pleasantly, to intrude.

In this stage the fragrance truly glows, like the cheeks of beautiful hostess guilty of a minor intentionally saucy indiscretion.

All of which brings us to the fact that Theorema may be retro but it hasn’t been left behind when it comes to being alluring.

This is a seriously sensuous scent.

Being a Scorpio as you all now know, The Dandy’s all for a little sensuality and so this aroma seems most attractive to him.