Standing tall in the middle of The National Mall, covered in scaffolding, the great obelisk of The Washington Memorial looks like nothing more than a neo-classical space rocket readying for take off.

In the heat and the brilliant sunshine it is easy to imagine being a member of the vast crowds gathered at Kennedy Space Center, waiting for an Apollo to blast off into orbit and onwards to the moon. 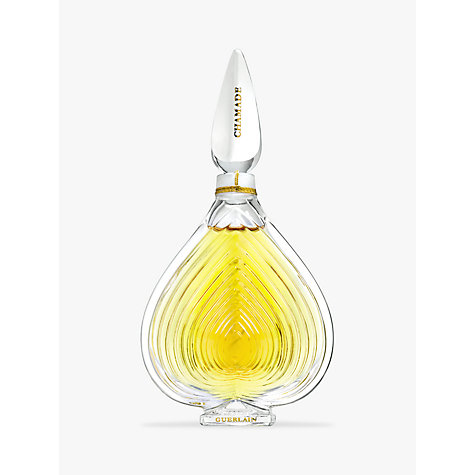 To cut through the heat, the tension, the smell of high grade carbon fuel and recapture a certain part of that space age hope of ’69, the icy futuristic cool of galbanum at the heart of Guerlain‘s often-sleighted Chamade seems just perfect.

Best of all, the parfum bottle, at least in The Dandy‘s imagination, is a space vessel that looks capable of travel at many times the speed of light.

The Freer Gallery of Art

Across on The Other Side from The White House beyond Washington’s Rocket, The Freer, a less visited gem of the Smithsonian is just opening.

We enter through heavy luxurious doors, weighed down with fittings that would not be out of place on the portes of the palaces of haute couture in Paris.

The cool interior, lit by shards of sunshine from skylights high above smells softly of blossom from the courtyard garden I see sitting beyond the equally impressive bronze framed french windows just ahead.

“You’re the first ones in…” the elderly, deep voiced guard calls half wearily half cheerily and without rising from his chair as we walk past his expansive desk.

Then for what feels like half an hour or more are alone with the art, except for a docent here and there keeping a watchful eye on us as we progress though galleries of Whistler, Asian Art, the famous Peacock Room imported whole from London.

Now I find myself fancying myself a self made railroad millionaire turned connoisseur, travelling the world to bring back precious artefacts to show off in my own art gallery.

In my alternate tycoon’s existence a sharply defined self confidence and sharper suits, my sense of style and awareness of my own power dictate a brisk, bright cutting and animal scent, one that will one day do for a President cut down in his prime.

Caswell Massey’s Jockey Club has been compared with the legendary holy grail of perfumery Coty’s Chypre, sadly I cannot attest to this never having smelt the latter, but that women and men with a taste for a robust piercing sort of smell would do worse than turn to this cologne.

The objects here are lustrous to the point of sensuality.

The art sufficiently sensuous to evoke an abstract and undefinable sexuality.

Thomas Wilmer Dewing‘s almost absent women wandering through landscapes that are not even nearly there evoke a sense of otherworldliness, at odds with the sumptuous paraphenlia of royalty, wealth and collecting that populate the other rooms.

As a scent Jour d’Hermes stands as just such a contrast, in its case to the fruit and patchouli and honey and chocolate overabundance of so many contemporary fragrances made for a female audience.

Its sparsity to me is spacious.

Its measured tone translating as a welcome meditation on the nature of perfume.

Outside, we ready ourselves for contemporary art in the manicured sculpture garden of the cylindrical mass that is the Hirshhorn Museum.

In a tiered rectangle of green, furnished with flowers and shrubs, Barry Flannagan’s outsized hares leap from behind trees, The Burghers of Calais contemplate their terrible sacrifice and an Henry Moore slumbers quietly in a corner.

There is an air of undeniable serenity here.

There is stillness at once with movement.

Shapes form and reform beneath the serene surface of Etro‘s beautifully crafted Palais Jamais, a perfume that contains a story so great it was made a novel about a great hotel.

‘Are chypres the natural scents of sculpture?’  I whisper as we enter the Star Trek style museum and await the onslaught of the modern.