20 scents one never knew a man could wear!! The Perfumed Dandy’s Library Catalogue #1

Has The Perfumed Dandy mentioned that since starting out on his amazing adventure in the Wicked Wild West that is the World of Women’s Perfume he has amassed from dear readers an astonishing array of 400 suggestions of once forbidden ‘female fragrances’ that you consider fit for a gentleman to wear?

Well, The Dandy has most certainly mentioned it now!

Being ever one to share both the love and the wisdom, I have taken it upon myself to spread cognisance of these suggested scents far and wide each Saturday.

Such is the premmise of our weekly peek inside the The Perfume Dandy’s Library Catalogue.

If you would like to further the cause of one of the fragrances, getting it a step closer to the dizzying heights of The Perfumed Dandy’s Hit Parade kindly respondez-vous to this post.

Quite surprisingly, there has been remarkably little love for Monsieur Lutens’ lovelies thus far. A whole clutch have been recommended, but only two have ever made The Hit Parade and a solitary scent has got next to The Dandy‘s skin

Though not normally a devotee of things vanilla, The Dandy adored Kenzo Jungle L’Elephant and has heard this bears something of a similarity. Could this be one to change M. Lutens’ luck? Lend it your support if you believe so!

Tuberose is much to The Dandy‘s liking and he is constantly amazed that it should be considered off limits for gentlmen. Is this a fragrance that can trespass across the gender lines?

This house of history is not one The Dandy has visited recently, but he’s always been one for the past, only your support can make him return in the near future.

One has so many memories of the smell of Paris in ’68, but they are not for publication I fear!!

En fin, a dash of red – what else? The City of Light, the Moulin Rouge, the year of the invention of modern perfume – the year of Jicky.

But does this scent cross the barrier between the sexes as effectively as Guerlain’s great? You decide!

Ah, the violet. Vile though it is to some, it sings of the Spring to The Dandy. Will it sing to you too my dear correspondents?

A true rose? Perhaps the influence of St Valentine has not yet faded. But should this niche fragrance hold a place in The Dandy‘s heart? 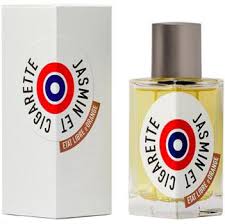 What an intriguing name. One which conjures scentual reminiscences of some of The Dandy‘s most favourite power femmes. Is it so?

More jasmine and this time with something of the night about it. The Dandy is intrigued mes cheries but are you?

A perfume that invariably receives a whole lot of love on many a perfumed page. But do you share an admiration for this spicy delight sufficient for The Dandy to be sacrificed to it?

Eau Dia… or Oh My Dia!! (eyebrow saucily raised). Please advice on the desirability of this dear.

Would this cause The Dandy to colour if he wore it in public or is it an embarrassment of riches?

I say!! The Dandy‘s always had an eye for the blondes. But would she be my type?

More roses, but which one is fit for The Dandy. I do so fancy myself in M. Malle’s Portrait of Lady though.

Is this the single most appealing rose as the name would have us believe? Or just any other bloom?

Not only has no scent from this feted fragrance maker made it next to The Dandy‘s skin during his experiment, but none has ever even graced The Hit Parade. Will Jasmal change this?

Not only is The Dandy‘s prose purple on occasion but his clothes are too. Could our Stella form the perfect match in more ways than one?

Certainly an imperious perfume in appearance, would it go down royally as part of The Dandy‘s day-to-day wear?

A second and very striking (almost empire striking back) entrant from Creed. But is it good enough to make the cut?

20. By Kilian Love by Kilian

Oh, how appropriate that we should end with some Love By Kilian. But is it loved by you?

My goodness a clutch of certain houses, a lot of roses and quite a bit of love this week – who’d think St Valentine’s Day had just passed by!!

I know I’m repeating myself but… If you would like to further the cause of one of the fragrances, getting it a step closer the dizzying heights of The Perfumed Dandy’s Hit Parade kindly respondez-vous to this post.

17 responses to “20 scents one never knew a man could wear!! The Perfumed Dandy’s Library Catalogue #1”